The C Major scale consists of all the natural notes of the musical alphabet.

The key of A minor shares the same key signature as C Major because both keys contain identical notes. As you can see by the key signature below it has no sharps or flats.

The scale chart below shows the C Major scale all across the entire fretboard. It also shows you the locations of the 5 box patterns to help you learn to play the scale. See learning to play scales for information on how to play guitar scales. 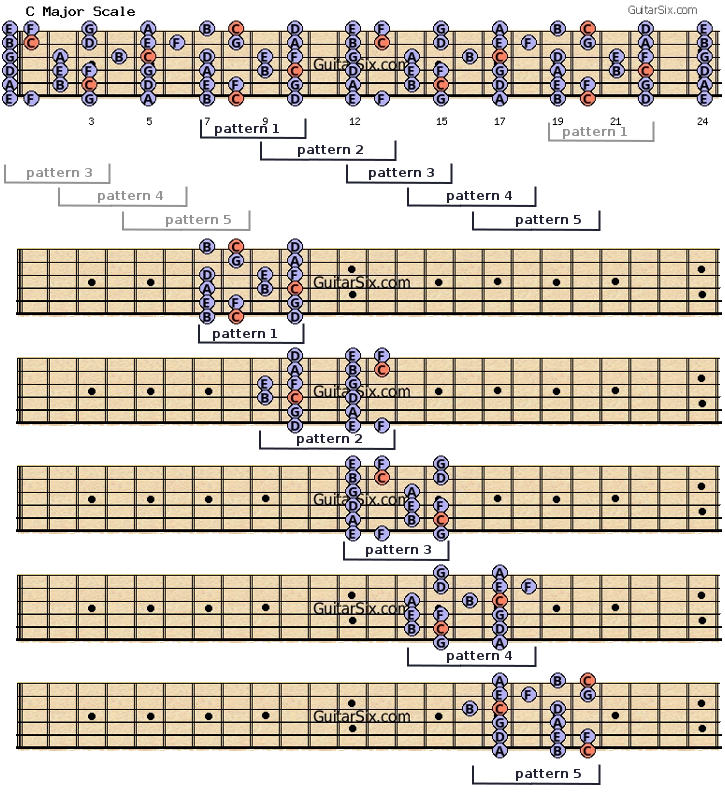 The modes of C Major scale

Modes can be treated as scales on their own but have the same notes as their parent scale. The modes of the C Major scale are:
C Ionian - Same as C Major
D Dorian
E Phrygian
F Lydian
G Mixolydian
A Aeolian - Same as A minor
B Locrian

The root of each mode is colored red in the scale diagrams below.