Learn How To Play And Memorize Harmonic Minor Scales For Guitar

The Harmonic minor scale is used in many styles of music such as classical, jazz and even Yngwie Malmsteen neo classical style metal shred. Today we are going to learn to play it! The exotic sounds of the Harmonic minor scale can be just what you need to breath new life into your guitar playing. Just like all the other guitar scale lessons I have wrote so far, an animated GIF and guitar TABs are included to help make learning the scale as easy as possible. Both the GIF and TAB show you an easy way to play and memorize them across the entire neck using alternate picking and suggested fingering. 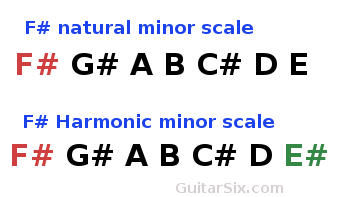 By splitting up the Harmonic minor scale into 5 easy to learn patterns you can memorize the entire scale all over the entire guitar fretboard a whole lot easier. Below is an animated GIF that shows you how to do just that.

Guitar TABs on how to play the Harmonic minor scale 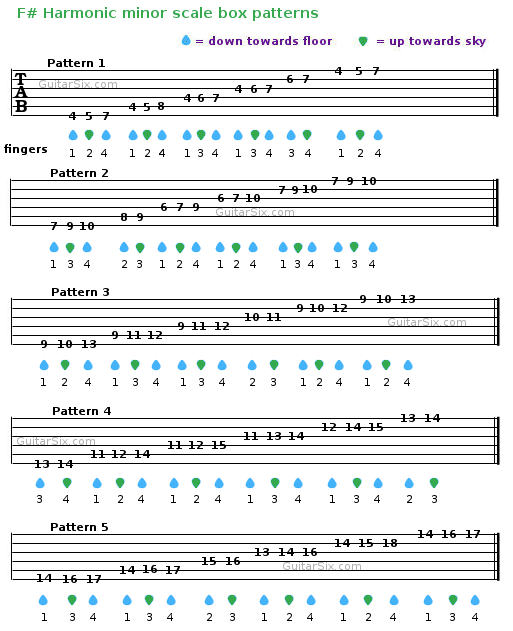 You can save the above images for future reference by right clicking on them and then and "save as".

Once you have all the patterns memorized you can easily change to new keys by sliding all 5 boxes as a whole to elsewhere on the fretboard. The root note of the new key will always be two frets behind the first note of Pattern 1 on the Low E (6th) string. In the GIF the root notes are the red dots. As an exercise to do on your own, you should make it a point to find other places where the root note occurs in different boxes and strings. See also the Moving to new keys section of the Major scale lesson.

Practice and hard work lead to huge results. So be sure to practice your scale playing daily. Find new patterns within the ones I show here so that you may gain new insights on your own. I hope this lesson shows you how easy it is to memorize the Harmonic minor scale. Now all you have to do is hone your skills through practice. Be sure to subscribe below for instant email notifications when I publish new guitar lessons like this.