In this lesson I will show you many different types of barre chords for guitar. I will show you some of the most common shapes and also shapes you may have never seen before. All the chord charts will contain suggested fingerings too. I also go over some important tips on the best way to play these chords. So, grab your guitar and get ready to learn all about barre chords!

What is a barre chord?

A barre chord is a type of guitar chord that uses at least one of your fingers that acts as a 'bar" to play multiple notes at the same. The spelling "barre" Supposedly originated in Spain but it looks like some form of old English. Anyway, the finger acts as a bar that is laid across the neck to push down the strings. Barre chords are movable chords which means you can move the shapes anywhere on the guitar neck to make new chords. The new chord has the same shape but with a new name.

How to play a barre chord

Learning how to play barre chords and becoming proficient at them can cause a lot of grief for beginners. Some people find them rather easy. I think it really has do with building the necessary hand strength and getting the finger positioning right more than anything else. Here are my tips on building the necessary strength and getting the position right to (hopefully) make them easy for you.

Some chord charts tell you when you are looking at a barre chord by using various styles lines to connect the notes. For example: 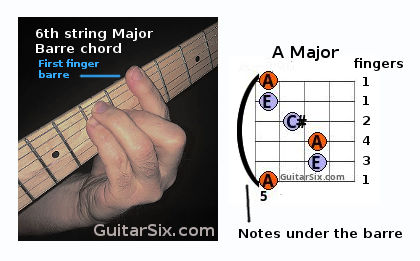 * Stay relaxed - You should never be in pain.
* Be in a comfortable position with you guitar properly supported so that your chord hand is not holding up the guitar.
* Be sure all fingers that supposed to be pressing chord notes are pressing down firmly enough for the note to sound.
* If it doesn't look, sound or feel right, it probably isn't.
* On first finger barre chords - slightly twist your finger so that the outermost side of the finger is laying on and making contact with the strings and fretboard.
* Some people find it easier to put their fingers on all the other notes first then put the barre finger in position last.
* Practice is the only sure fire way to build the hand strength you need for barre chords. So even if you can't play each note cleanly in a barre, keep working at it. The more effort you put into it the faster it will come.

I'll start off with the most common barre chord types most beginners are introduced to, the Major, minor, Major 7, dominant 7, minor 7 and sus4 shapes. I'll also show the shapes with 6th and 5th string roots.

For barre chords with roots on the 6th string, I'll show all of them as A chords in the same position so you can easily see how they differ from each other. 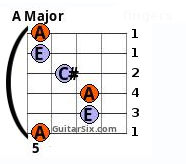 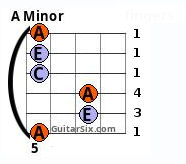 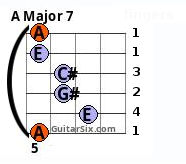 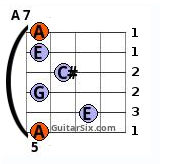 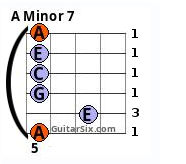 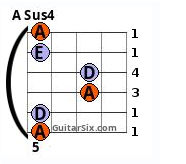 For 5th string root barre chords I will use E chords in the same position so that you can see the differences in their shapes. 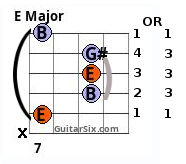 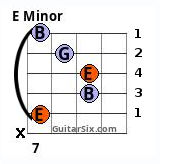 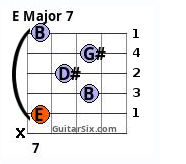 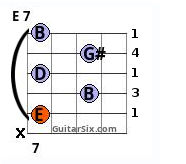 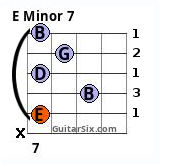 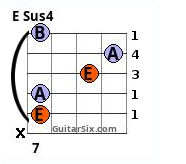 How many barre chords are there?

It's probably impossible to know exactly how many barre chord shapes there are. However, I will list the charts for some of the shapes I know of below: 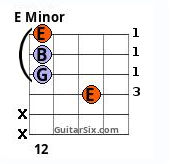 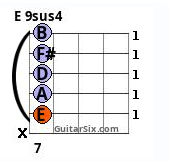 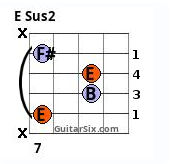 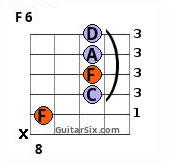 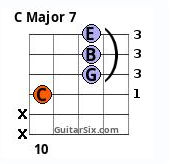 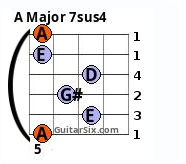 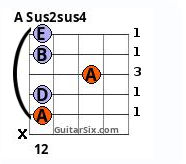 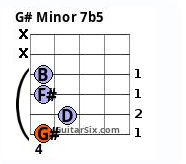 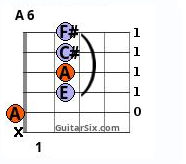 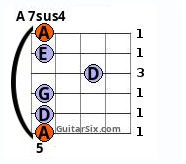 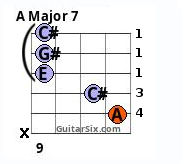 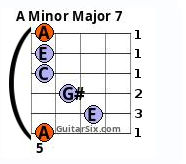 Barre chords are great because they are movable. You can play entire songs using them or even write your own songs. Once You learn the shapes they are reusable and indispensable. This lesson has shown you enough shapes to enhance you barre chord knowledge by %100. All you have to do now is ... practice!