The Circle of Fifths also known as the Cycle of Fifths or Circle/Cycle of 4ths, is a visual representation of the relation and order of musical keys. It helps you understand music theory relationships of scales and keys and how many sharps and flats occur in each key. 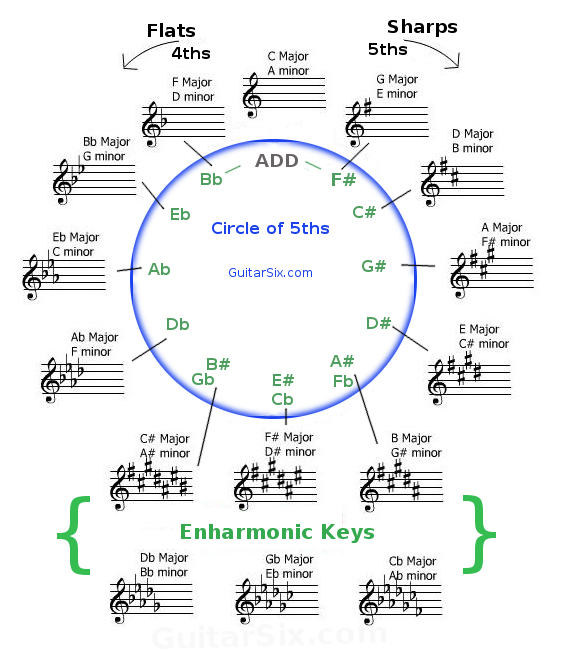 The Number of Sharps in sharp keys

The Number of Flats in flat keys

See also: Learning to play guitar Scales for the beginner.
And: An in depth Circle of Fifths article on Wikipedia